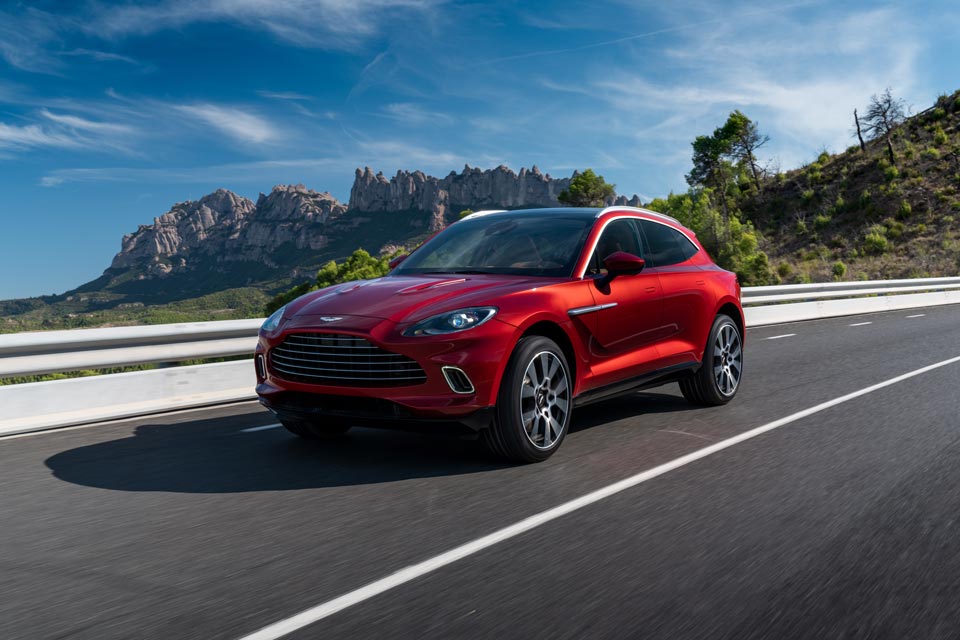 The British luxury carmaker, Aston Martin, has a lot of its eggs in one basket these days, and that basket is called the DBX.

Teetering on the Brink

With production of Aston's new SUV beginning earlier this month, the company is betting big that the 2021 DBX can rescue it from the brink of financial peril.  Things have been on shaky ground on the financial side since the firm had its IPO in October 2018.  With the IPO likely marking a high-water mark for the company, its shares were initially priced at £19, and have been on the decline ever since.   From the IPO, the British firm has seen its share price fall over 95%, and is now trading at less than the cost of a bag of crisps (£0.50).

For Aston, it's been a series of punches to the financial gut, with an economic slowdown in China, an oil production war between the Middle East and Russia, a Covid crisis across western Europe and the U.S., and the resultant slowdowns in the economies of all.  Literally every primary market for Aston has been hit with an economic shock that has taken some steam out of the company's plans, and this occurred at a time when dealer inventories were already starting to swell.  Complicating matters further, the Covid pandemic forced Aston to shutter all production facilities, exacerbating an already tenuous situation.  And, let's not forget Brexit, which caused all UK exporters to hold their breath, awaiting word on how they would be able to sell to EU members.  In total, it's been a miserable year to be a luxury British automaker-or any automaker for that matter.

A Rescue Line that May or May Not Rescue

Days before Covid really became problematic, billionaire Canadian investor, Lawrence Stroll, injected a few hundred million dollars into the company to throw it a lifeline, and keep it from the precipice of bankruptcy.  While this funding couldn't come any sooner, Mr. Stroll was not as fortunate on his timing, as things became materially worse across the globe subsequent to the writing of his check.  While he acquired enough of the company to give him a controlling interest, as well as make him make him the Executive Chairman, he likely could have inked a better deal for himself if his check was lost in the mail and the agreement delayed.

Recognizing the need for a fast and comprehensive response, given the worsening global situation, Mr. Stroll has wasted no time in trying to right the ship.  In these intervening weeks, the company sacked its CEO, and hired Tobias Moers, formerly the head of Daimler AG's Mercedes-AMG performance division.  Other costly initiatives, such as hybrid and electric vehicles, have been put on the shelf, as the company recognizes the need to focus on that which will generate bottom line results now, and not five years into the future.

Showing Up for the Party

The proverbial rescue ship for Aston is its 2021 DBX luxury SUV offering, with a base price of $189,000.  The DBX, which has been in the think tank since 2015, began production last week from its manufacturing facility in Wales, and should start to hit US dealerships within the coming weeks.  Unfortunately for Aston, the timing really couldn't be worse.  Not only is the global economy faced with so many challenges as outlined above, but Aston's competitors already have the "been there, done that" mentality, as most introduced their own SUV model long ago.

Of course, Land Rover has owned the really-luxury SUV market for years, and has been the dominant player in the space for eons.  Porsche too, introduced their full-sized Cayenne in 2003, and has sold oodles of them to high-end buyers over the last 17 years.  The Cayenne has proven to be so successful for Porsche, that they introduced the smaller Macan in 2015, and has enjoyed success with it as well.

Not to be outdone, and recognizing the market share opportunity in the luxury segment, Bentley, Rolls Royce, and even Lamborghini jumped on the bandwagon, and began producing their own rolling yachts.  Bentley's Bentayga came onto the scene in 2017, and Rolls followed soon thereafter with the crazily-appointed Cullinan in 2019 (did you know that you can get a full-sized folded umbrella fitted into the rear door for $700).

With Cayenne and Range Rover prices starting with a "$1", the Bentayga starting with a "$2", the Lamborghini Uris with a "$3", and the Cullinan with a "$4, $5, or even $6", Aston is hoping to wedge itself in there with some competitors who already have running starts in the SUV field, and have some deep pockets to get them through the rough times.  (Porsche, Bentley and Lamborghini are owned by VW, and Rolls Royce is owned by BMW)

The DBX Stakes Are High

For Aston Martin, they don't have the benefit of a deep roster of assorted brands, or the balance sheet of a VW or BMW.  In fact, although they produce some of the most beautiful cars in the world, their future hinges on the DBX doing well-actually, very, very well.  To date, initial orders for the DBX have reportedly met or exceeded Aston's expectations, but things can change in a hurry, should Covid-19 or other economic disruptors, require yet another change in course.  A Covid-caused extended shutdown in one or more of their primary market areas, or a closure of the DBX plant for the same, will put Aston precariously close to making some tough decisions-and no doubt, some nail-biting in the executive suite is already underway.