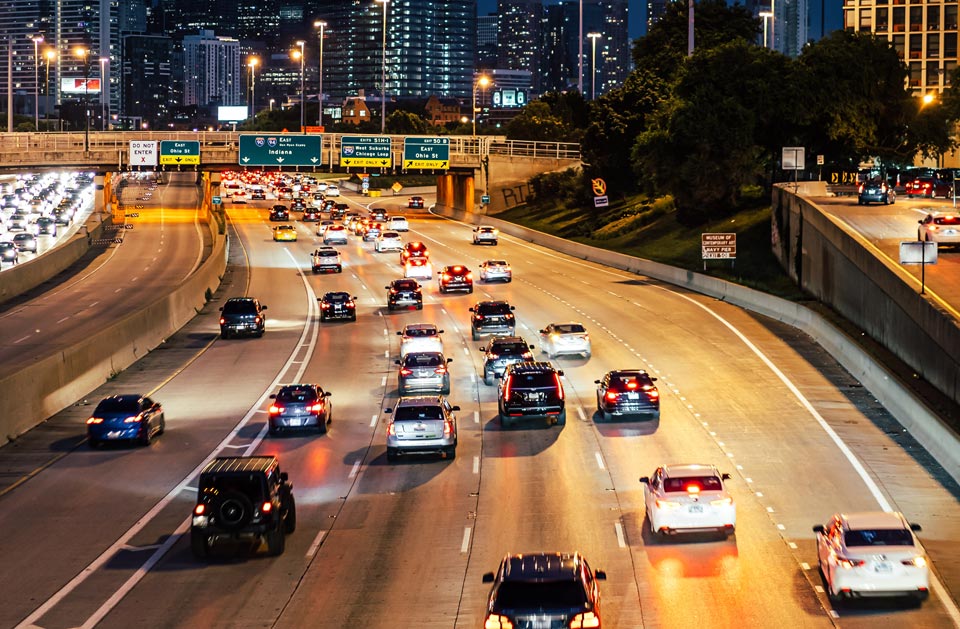 And what this means for car buyers.

There are very significant effects that Covid-19 has had, and will have, on the way people start their workday each morning.  While we have seen these effects in a pronounced way over the last three months, long-term and lasting changes are inevitable.

A New Paradigm for Office Employees

The major change for employees starting their workday, at least in the service sector, is that many employees no longer 'go' to work; they will simply 'start' work from their home.  The Covid-19 pandemic forced employers to initiate their workplace contingency plans, which were originally created to mitigate issues caused by natural disasters, such as hurricanes, floods, fires, etc..  While infectious viruses were also on the list of reasons to establish these contingency plans, their probability of being the catalyst to shut down offices was considered remote.  Regardless of the intent and expectations, however, more Americans are working from home than ever before, and a new paradigm is being established.

For the vast number of service businesses, these workplace contingency plans were forced upon them through conformance with state and local government mandates, and of course, for the safety and welfare of their employees.  Covid-19 forced a vast number of companies to put in place an exercise that would be costly, disruptive, and not yet tested by most.

Attempting these "work-from-home" experiments, that were feared by managements universally, has certainly been costly and disruptive as anticipated, but were done so out of need, and not desire.  Over the past few months, however, they have refined their respective contingency plans, real-time, to make it less disruptive, and in many instances, less costly to execute.  As a result, both employers and employees have collectively come to the conclusion, that "hey, this works OK, and isn't so bad after all".  That being said, few companies are looking to shutter their offices permanently, and many parents aren't looking to work from their dining room five days per week.  But, the cat is out of the bag when it comes to employees having the convenience of working from home, and there will undoubtedly be a shift that is likely to be permanent in many instances.  Whether it be simply a day or two per week for some employees, or perhaps a contingent choosing only to go to the office when the need arises-such as the boss's birthday party, or the handing out of bonus checks-the number of commutes into the office each week will likely never return to where it once was.

The overall fears and concerns about proximity to others, will also likely continue well into the months, and potentially years ahead, as office workers will be more reticent to take the elevator, visit the cafeteria, or even join a staff meeting in the conference room.  It will simply be perceived by many to be safer, more convenient, and less time consuming to just work from home, as the work-from-home experiment has been tested, refined, and in many instances, proven to be effective.

While not suitable in all instances, especially where constant and continual employee interaction is necessary to accomplish objectives, many employers are embracing this new paradigm.  Many workers find it a more pleasant environment spending a day or two (or five) days per week, not having to make the daily drive into the office, affording many city-based office employees an extra couple hours each day to do something other than sitting in traffic.

Also from the employers' standpoint, one big factor to consider is the ongoing cost of now-underutilized office space.  While most companies are assuredly committed to their current leases, over time, a reduction in office space requirements could be a potentially significant cost-saver for firms.  If this proves to be the case, they will encourage their respective staffs to continue to work at home, saving both employer and employee from the cost of getting to and from work, as well as the resultant office space needed to house them.  The 'work-from-home' experiment, which was initially costly, disruptive, and burdensome to most employers, just may turn out to be an unexpected benefit over the long run.

The overall result, however, is clear-that fewer employees will be making the daily trek to and from the office each workday, and that means fewer miles driven each day, and perhaps even less need for that commuting vehicle in general.  According to the US Department of Transportation, the average American driver travels 13,474 miles per year, and much of that driving is related to the daily commute.  With this new shift in work habits, the overall number of miles driven by employees nationally, will drop by millions every day, as a meaningful percentage of workers will instead opt to forego their drive into the city, and choose to work either in a more local satellite office, or from the convenience of their own home.  The bottom line is that fewer miles driven portends that the overall need for vehicles will decrease, and that existing cars, being driven less, will last longer, further decreasing vehicle demand.

Vehicle Prices will be Pressured

This likely decrease in demand is juxtaposed to the anticipated increase in the number of used cars that will be on the market in the months ahead, as rental car companies dump hundreds of thousands of unneeded rentals, flooding the used car market.  Meanwhile, as outlined above, overall vehicle travel, has and will continue to be slower than in the past, broadly reducing demand for vehicles.  One doesn't need to be an economist to understand that an increasing supply of vehicles, coupled with reduced demand from far less vehicle use, will put pressure on auto prices, both new and used.  With such, look for deep discounts this summer and into the fall, as new vehicle retailers look to make room for the new 2021 models, and used retailers are ready to deal, as they are awash in turned-in rental cars and expired leases.