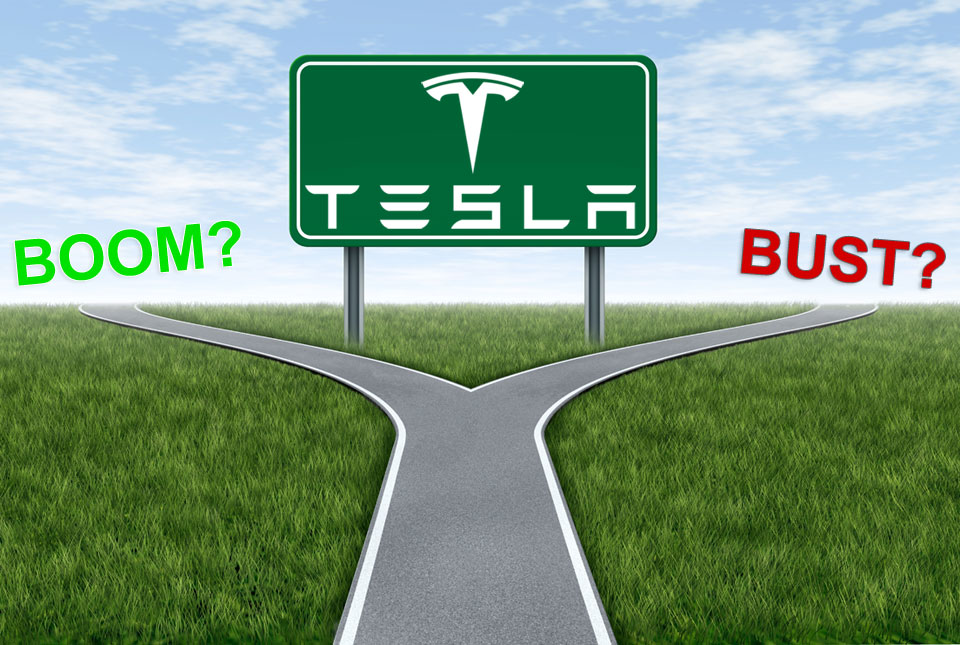 Right up there with global warming, the best quarterback of all time, and whether a daily glass of wine is healthy for you, is the debate over whether electric vehicles will ever put the internal combustion automobile in the garage for good.  While some feel that this day of reckoning is right around the corner, others scoff at it as if it was just a pipedream hoped for by Elon Musk and his avid followers.

The History of the Electric Car

To put things into perspective, electric cars pre-date their fossil fuel-burning cousins by about 60 years, as battery-powered vehicles first came onto the scene in the 1830s.  In fact, by the early 1900s, electric cars outsold gas-powered vehicles 2 to 1, as the noisy, smoke-emitting internal combustion vehicles were considered second-rate to the quieter and cleaner electric models.  However, by the 1920s, as internal combustion technology improved, and as intercity and interstate roadways became more developed, the electric engine just couldn't keep up with the speed and range that motorists began to demand.  As a result, electric cars were summarily abandoned by the 1930s, and it looked like the days of the electrics were over.

The Resurgence of the Electrics

Fast forward 70 years (if you can call that fast), after numerous commercial attempts fell flat throughout the second half of the 20th century, battery-powered vehicles have made a comeback.  Improved battery life, coupled with higher gas prices and government-mandated fuel economy requirements, gave electric cars the momentum that they needed to become commercially viable.  While range, power and infrastructure remained problematic, the pressure to find alternatives to fossil fuel burning was high, and vehicle manufacturers redefined their priorities as a result.

The electric car market got a proverbial jolt, when after four years of development, Elon Musk and his Tesla Motors introduced the Tesla Roadster in 2008.  The Roadster, which was the first all-electric production car that had a range of 200 miles, would be the vehicle that broke the glass ceiling with respect to wider acceptance of an alternative fuel vehicle in the US.  With such a development, there has since been a mad scramble among most of the major auto manufacturers to produce an electric vehicle that will be universally accepted by drivers across this continent and others.  While many have tried and failed, it was the Tesla that brought the electric car onto the world stage and upped the ante for all auto manufacturers who clung to their traditional fossil fuel-burning ways.

At an Inflection Point Today

Despite Tesla's success with the Roadster, and subsequent Model S and Model 3, and despite Nissan's inroads with the Leaf, electric vehicle sales still represent less than 1% of global sales.  While the Model 3 sets new sales records with each successive month and quarter, electric cars are still not accepted widely in US households, or abroad.

Benefitting continued internal combustion dominance on the roadways, the US's new self-reliance on oil production, coupled with an output glut from OPEC, and a corresponding slowdown in the economy, has put gas prices back to where they were 15 years ago-and that has taken a lot of the spark out of the batteries of the electric car market.  Moreover, considerations of relaxed, or an elimination of, national fuel economy standards, now proposed by the current administration, would further set back manufacturers' needs for finding electric and/or hybrid solutions.  With such, electric car makers currently face a renewed uphill climb in battling for consumers' attention and consideration.

As much as consumer preferences will ebb and flow, and electric vehicles will come into and out of vogue, it will be national macroeconomic factors that will ultimately determine whether alternative fuel vehicles gain further traction, or whether fossil fuel dominance will continue into the foreseeable future.  The four big factors that have, and will continue to shape the future of electric vehicles will be:  1) fuel prices, 2) economic incentives, 3) corporate regulation, and 4) infrastructure.

The Relative Cost of a Fill-up

It's not earth-shattering to suggest that the price of a gallon of gas will affect electric car purchases going forward, as it always has.  However, we believe that low gas prices are here to stay for many years.  The price of oil in the US will likely have a cap on it for quite some time, as natural gas and oil production through fracking and other technologies, provides a high degree of energy independence from OPEC and other oil-producing nations.  Even if the US economy should regain its pre-Covid momentum, Russia and Saudi Arabia have broadcast loudly that they will do whatever it takes to maintain market share on the production side.  Meanwhile, other members of OPEC+ are in no hurry to cut their own production, and cheating on production quotas is common as a hot day in Qatar.  With all that, barring significant unrest (more than normal) in the Middle East, don't expect high gas prices to return to US pumps anytime soon.

Our federal and state governments have a lot of say over whether the electric vehicle industry continues to grow.  Tax incentives for both manufacturers and consumers were big catalysts for growth over the last decade, with up to $7,500 in tax credits for consumers who purchased new electric cars.  These incentives were powerful tools in reshaping the competitive landscape for electric autos, as the federal and state governments spent billions essentially subsidizing products that were uncompetitively priced.  As of late, these incentives have diminished, with the cost of purchasing an electric car becoming more affordable, as Tesla, Nissan, and others have been able to reduce unit production costs as a result of their higher sales volumes.  This has diminished the need for government to step in and provide subsidies, which is convenient, as the appetite for continuing to do so has diminished as well.  Of course, success begets success for electric car manufacturers, as increased sales further brings down per vehicle costs, making it more economically viable for Tesla and others to compete vis-a-vis their fossil fuel-burning rivals.

Much of the impetus behind the development of electric vehicles can be traced back to 1975, when Corporate Average Fuel Economy (CAFE) standards were put in place for auto manufacturers, forcing them to conform to fuel efficiency requirements, or be penalized significantly for not doing so.  These annually-escalating requirements, which have been in effect for the last 45 years, are now under review by the current administration, and the Transportation Department, headed by Elaine Chao (Mitch McConnell's wife), is contemplating whether these rules have been helpful or hurtful to US consumers and businesses.  Should these requirements be repealed, the motivation to produce fuel-efficient cars and trucks for those auto manufacturers selling into the US market, will diminish greatly, and tip the scales once again towards bigger, stronger, faster cars and trucks.  (Note:  Have you noticed that Mr. Musk is careful not to poke the bear, lest he make it angry and suffer from the wrath inflicted upon those who do.)

Infrastructure is Key to Success

As is widely known, the commercial viability of electric vehicles is only as good as the infrastructure that can support it.  Currently (no pun intended), there are 168,000 gas stations across the US, as compared to 17,000 public recharging stations.  This 10-to-1 advantage suggests that electric vehicles have a long way to go (no pun intended here either) before they enjoy the convenience of refueling that gas-powered drivers have today.  And, we're not even discussing the speed at which the refueling occurs.  It's one thing to go into a 7-Eleven for a Diet Coke and a pack of gum while you fill up with gas.  It's another thing, however, to hang out in the Walmart parking lot for a half hour or more, while your car is recharging. (Damn, I left the charging cord in the garage!)

As the private sector has little to be gained by investing in recharging stations (just ask Panera Bread and Olive Garden), it will be incumbent upon the public sector, aka government, to fund the additional infrastructure needed to ensure that you can get from point A to point B in an electric car, and not be left stranded with a dead battery.  Today, the motivation for such is just not there, and it falls low on the priority list for the current administration-especially with gas prices at a decade low, and the need for votes within the oil patch.  With Congress unable to move any form of infrastructure bill forward, even at times where it is needed the most, don't look to government to fund anything on behalf of the man who's net worth just passed $70 billion.

Where Do We Go from Here?

Electric-powered autos will certainly have their place in the US market.  Postal trucks, Amazon delivery vans, Ubers and city buses all have operating models that support the use of electric vehicles, as their fleet management and centralized recharging stations fit well with the benefits afforded by electrics, without the logistical concerns of the average motorist.  However, the widespread use of electric vehicles will be heavily reliant upon the priorities of the US administration, given that discussed above.  Today, the growth of the electric car market is not a focus of the current administration, and it could even be argued that the opposite is true.  So, if you were to ask me whether Tesla and other electric manufacturers will enjoy headwinds or tailwinds over the next four years, ask me on November 4th, following election day.  When you see the election results, you'll have your answer.