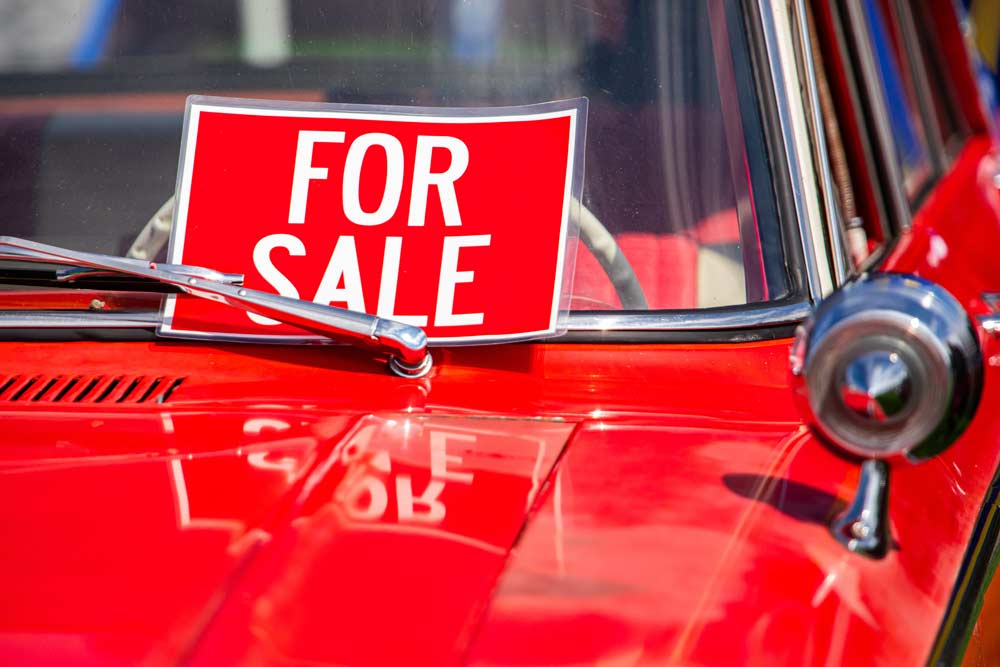 Selling a car on your own isn't without some risks. Fortunately, most can be avoided with a little knowledge and research.

I often hear from individuals who have sold used cars only to encounter legal problems afterward. Like many things in life, the odds of this happening could have been reduced if the seller had taken a few easy steps beforehand.

Suppose you are an individual (not a dealer) and you are selling a used car. You are going to advertise it on Craigslist or eBay and wade through all the scam calls to find a buyer. My number one piece of advice is to put up accurate photographs and describe the car accurately in the ad. Anything you would say to the prospective buyer face-to-face you ought to put in the description. Why not? I have heard from many sellers who told their buyers things like, “It pulls to one side,” or “It needs new tires,” or “The transmission slips,” only to have the buyer threaten to sue them when those things became obvious to them after the sale. If the statement had been in the ad, it would be hard for the buyer to make that threat with a straight face.

Keep in mind that in most states, the sale by an individual is presumed to be “as is.” But as-is simply means the car comes with no warranty of merchantability. It does not mean you can lie to the buyer nor can you deceive them about material facts regarding the car. The easiest way to prove that you were truthful with them is to have the ad handy – showing that you disclosed these things to all prospective buyers.

When you sell the car, make sure you get the title transferred into the seller’s name. Some states allow a buyer to go onto a website or fill out a form and notify the state of the sale. But I have heard from sellers in states that allow this where the buyer went out and got in an accident before retitling the car. It still caused problems for the seller. In Michigan, where I practice law, the state tells you to visit the Secretary of State’s office with the buyer and transfer the title in person. It’s the easiest way to keep bad things from happening. Like the buyer going on a five-state crime spree in the car before torching it in an alley in New Jersey – before they transferred the title out of your name.

And never let the buyer drive off with your plates on the car if you are in a state where the plates follow the person and not the car. See above.

What about the buyer who threatens to sue you – or hires a lawyer to send you a legal demand letter of some sort? I have good news and bad. The bad is that anyone can sue anyone in America. Winning a lawsuit is another story altogether but lawsuits are easy to file. I’ve heard from people who were sued with frivolous claims and got the cases thrown out without an attorney. And I’ve heard from sellers who went to court and lost because some small-town judge went to law school before the Uniform Commercial Code was enacted.

The good news is that 99 percent of the time, threats of lawsuits are nothing more than that. Threats. When someone threatens to sue you for selling them the car exactly as it was described in its ad, check to make sure you have a printout of the ad and then hang-up on them. Most of those people will call attorneys like me who will tell them they have no case. But, some of them will be inspired to file a small claims court action. Then, show the judge your ad and hope things work out.

Still have some questions or want to learn more? Here is a video by the author that goes into even more detail on selling a car:

Steve Lehto is a writer, YouTuber and attorney from Michigan. He has been practicing in the fields of Lemon Law and Consumer Protection for 29 years. The information provided in this article does not, and is not intended to, constitute legal advice; instead, all information, content, and materials available on this site are for general informational purposes only.
CarEdge.com is an automotive research site, dedicated to providing car buyers with the resources they need to make informed purchase decisions. Our tools and analytics focus on the cost of owning and maintaining a vehicle (depreciation, maintenance/repairs, insurance), and the comparison of makes and models in these areas. Become informed before you buy your next vehicle by checking out CarEdge.com.