The Model 3 is on pace to become one of the best vehicles that we've ever ranked for resale value. 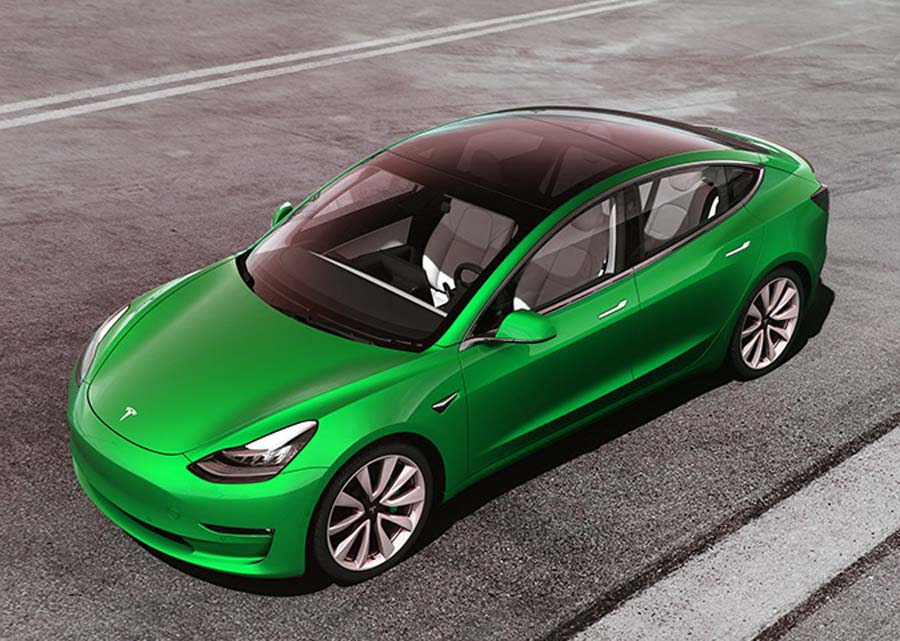 Resale values for the Tesla Model S have not been stellar.  After 3 years of use, a Model S is worth on average 58% of its original purchase price, and after 5 years, just 41%.  Given that the S was a $95,000 car, that's giving up a lot of dough-and the fuel savings only put a dent in that value loss.  So, there was definitely a price to pay to have "Ludicrous" mode as part of your driving repertoire, and to be an early adopter of a vehicle line just getting its bearings.

However, it's an entirely different story with the Model 3, introduced in 2017.  Appealing to a much different audience, the Model 3 is targeted at those looking for practicality and good value in an EV, and where acting "ludicrous" is saved for off-the-road experiences.  The Model 3 also has a much different price point, positioned instead, in the $40,000 range.  This makes the Model 3 a much more affordable alternative to the Model S, and more competitive with other EV offerings, such as the Chevy Bolt and Nissan Leaf.

While we prefer to wait until a vehicle has been in production for at least 5 years to publish that model's depreciation rates, we wanted to give you a sneak peek in how the Model 3 is doing so far...  Early indications suggest that an average 3-year old Model 3 has retained 77% of its value since being purchased new in 2017.  If these numbers hold up, that would give the Model 3 the highest residual values of any passenger car that we follow (over 300 models), and rate right up there with pick-up trucks, who are known for having great resale values.  In contrast, the average popular (non-luxury) vehicle retains 62% of its value after 3 years, giving the Model 3 a sizeable advantage over just about everything.

Of course, we don't have data yet on how well 5-year old Model 3s will hold their value, but our depreciation forecasting tool suggests that the future looks bright for Model 3 owners.  Our analysis predicts that going forward, an average Model 3 will be worth 59% of its purchase price after 5 years of use.  While this wouldn't put the Model 3 in 1st place, as it was after 3 years, it would place very high in our rankings of all popular and luxury models, and in the top 10 of all passenger cars.  The next two years will show if we know our stuff, but we're pretty good when it comes to vehicle and forecasting values. 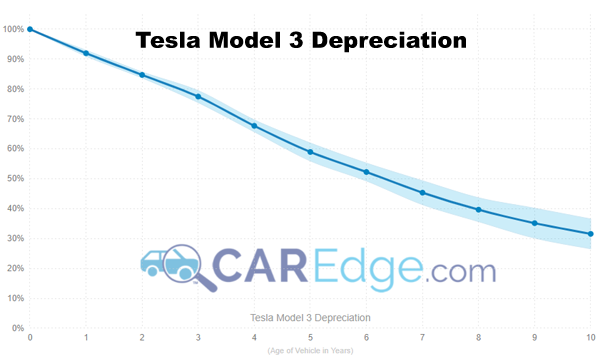 If Tesla has shown us anything, it is that unit costs, and hence prices, can come down as unit volume increases-and Tesla has done a great job at passing those savings onto consumers.  Moreover, as Tesla improves its battery technology and vehicle range, their EVs will become increasingly more competitive with fossil fuel-burning vehicles.  This paradigm will continue to bode well for Tesla owners, as Mr. Musk and his Tesla team have shown that they will do whatever it takes to make their vehicles as attractive as possible in the automotive marketplace.  While many of us doubted that he could turn Tesla into a profitable business, or that he could build a reusable space rocket, many of us have been proven wrong-and Tesla now has a market value approaching one-half trillion dollars-yes, that's "trillion" with a "T".  Perhaps Tesla's new vehicle should be called the Model T to honor that achievement. 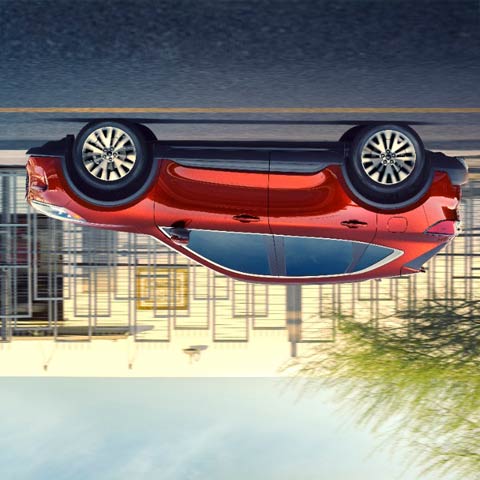 What is an Upside Down Car Loan?

What it means to be Upside Down on an auto loan and how to avoid it. 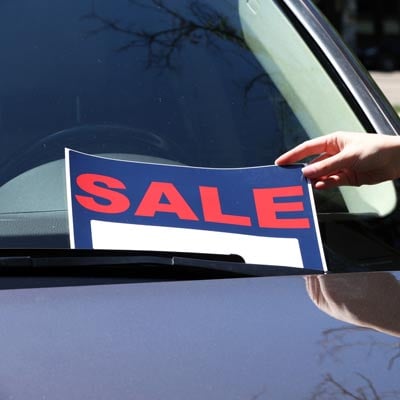 Buying a Car From a Private Seller

Know the risks heading into a private sale, and you can get a great deal with less worry. 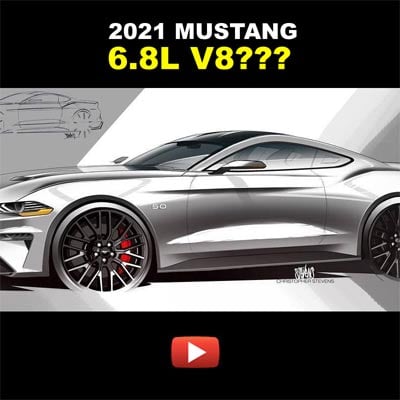 Featured Video: A 6.8L V8 in the Next-Gen Ford Mustang? 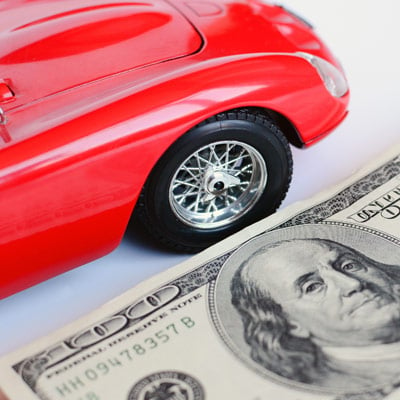 Did You Get Your 2020 Car Insurance Rebate?

Auto insurance companies rarely give rebates to customers, but this year they did.

Outrun Depreciation with a Porsche 911

Need a Safe Place to 'Park' Your Money? Try a used Porsche 911

Don’t Assume that Auto Insurance Rates are Fair and Reasonable

A Closer Inspection just may Shock you - and Not in a Good Way.

Can You Avoid Car Depreciation?

What is the best day to buy a car?

One of the most common questions we are asked is, “When is the best time to buy a car in order to get the best price.”

Is it better to sell or trade in your car?

10 Tips to Get the Most from your Ride

Why the Average Age of Vehicles Keeps Getting Older (July 31st, 2020)

Why the Average Age of Vehicles Keeps Getting Older

The average age of cars and pickup trucks in the United States has now reached 11.9 years.