The Tesla Model S does remarkably well for an alternative fuel vehicle, as most electrics and plug-in hybrids do terribly when it comes to maintaining their value. If you look at Tesla's depreciation curve, you will see that it loses a lot of value in the first three years, but flattens out significantly in later years. This can be a result of purchasers of new Teslas historically getting significant incentives from the government for buying an electric vehicle - at times as much as $7,500 upon purchase. If you buy one used, however, you don't benefit from those incentives. All things considered, if you want a higher-end electric car, with performance, the Model S is in a class by itself, and is tough to beat.

The chart below shows the expected depreciation for the next 10 years. These results are for vehicles in good condition, averaging 12,000 miles per year. It also assumes a selling price of $96,063 when new. Enter your purchase price, expected ownership period and estimated miles driven annually. Our depreciation calculator will predict an expected resale value for the Tesla Model S.

If you purchase a used Tesla Model S that is 2 years old, then you could save $20,519 compared to buying new, and still have a relatively new model with plenty of useful life remaining. If you plan to keep this vehicle for 3 years then your total cost of depreciation would be $26,619. Try other age and ownership length combinations, or different vehicles to see if you can find depreciation sweetspots where this cost is the lowest. Hint: Try vehicles between 2 and 4 years old, as brand new vehicles depreciate quickly. Also, if this is a recently released model and buying a few years old isn't possible, consider another vehicle, or perhaps wait until more used Model S models become available.

The Best Model Years to Buy a Tesla Model S

The 2018 Tesla Model S is our top pick for the best model year value for the Model S. With the 2018, you would only pay, on average, 61% of the price as new, with 75% of the vehicle's useful life remaining. The 2017 and 2016 model years are also attractive years for the Model S, and provide a relatively good value. Our rankings consider multiple factors, including the Model S's price as new, current price, maintenance costs and remaining years of overall predictabe expenses. Our top ranked model year represents the most car for the money of the Tesla Model S models. 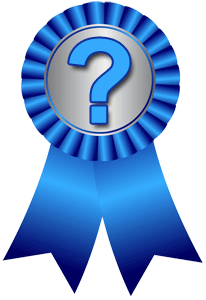 We've ranked over 200 models from best to worst for Depreciation. See where the Tesla Model S ranks for Depreciation compared to other vehicles. Also check out how the Model S stacks up in our rankings for Maintenance, Insurance and Overall Costs.

Finding a car or truck that saves on depreciation costs is important. But, it's also imperative to view all major Tesla Model S costs. This will ensure that you are finding the vehicle that provides you the best value, at the lowest cost. We've created tools that will also help you to save on the following ownership expenses:

While the "Useful Lifespan" of a vehicle will vary greatly from one model to the next, and even one owner to the next, we have determined that twelve years is the most appropriate timeframe which will yield us good, usable data - and that any data beyond that timeframe becomes more dispersed, and ultimately less reliable. Moreover, maintenance costs beyond that timeframe become significantly more varied, as a vehicle owner's care of a particular vehicle will greatly impact its value, and ongoing maintenance costs. We are very much hopeful, however, that your car or truck will last well beyond twelve years, and that it gets you to where you want to go.

We aggregate and analyze millions of automotive data points from a variety of the industry's leading data providers. The insights and information on this page represent the overall averages of the combined costs of vehicle ownership. This information should be used as a general guide, as your individual results may vary significantly from that which is shown. Our mission is to provide car buyers with the resources they need to make informed purchase decisions. To learn more, see our FAQs.

Auto Industry Average
All Tesla Models
All Luxury Brands
All Sedan Models
Do Electric and Hybrid Cars Hold their Value?
Why Car Dealers are Running Out of Cars
How Long Do Tesla Batteries Last?
Do You Have Equity in Your Leased Car?
Should You Buy a New Car or a Used Car?
Can You Avoid Car Depreciation?