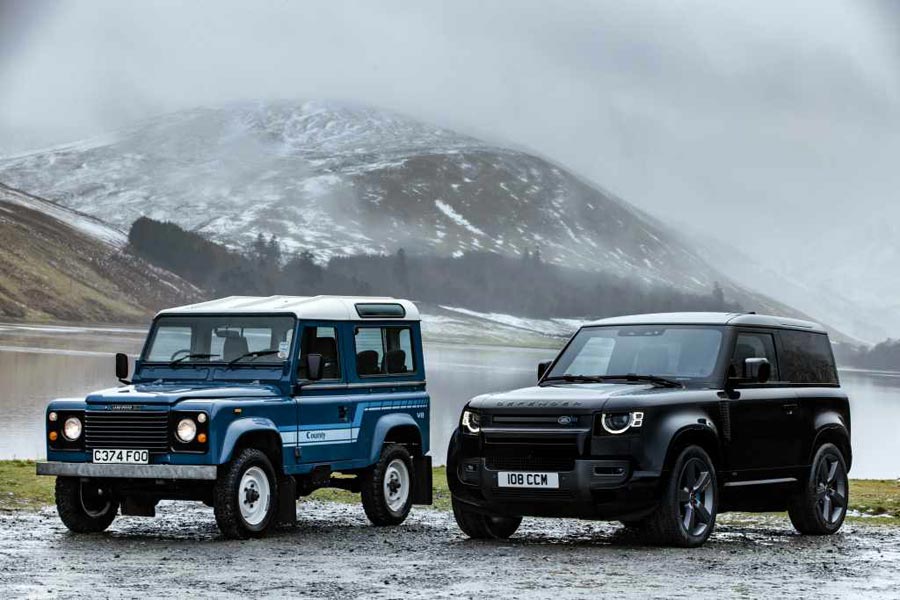 As one of the most unique vehicle manufacturers in the industry, Land Rover has been continuously setting the bar for luxury styling in off-road SUV vehicles. From their humble beginnings in the late 1940s, Land Rover has grown from a primarily 4 wheel drive focus to a more upmarket and luxury sport utility vehicle brand.

Following suit to many car manufacturers in the industry right now, Land Rover has brought back classic, iconic styling with the new 2022 Defender. With popular vehicles such as the Camaro, Charger, and Bronco making a great comeback, it is no surprise that the Defender is going to be a hit for Land Rover. Let’s take a close look at the 2022 Land Rover defender and see what you can expect from this SUV.

One look at the new 2022 Land Rover Defender will give you an instant flashback to the mid-1980s Defender. The first generation of Defenders shared many of the same styling cues of their off-road competitors of the time. The Jeep, Bronco, and Defender all had a very box-like frame and a higher than average chassis to make offroading a breeze right off the lot. While Land Rover’s new Defender is geared toward more on-road driving, you can still see the styling cues of its classic design.

Starting at the front of this SUV, you will notice the not-so-subtle Land Rover styling that we are used to seeing on their SUV lineup. The simple one-bar grille and offset Land Rover logo fit perfectly with its front end. The front bumper on the Defender is going to offer a contrasting paint job that pairs perfectly with the rest of the vehicle. The Defender’s headlights are one of the most menacing features on the car as they feature a round, Halo style light that gives great depth to the headlights thanks to the all-black surround. You can’t mistake this SUV for any other vehicle thanks to the large DEFENDER emblem on the front of the hood.

Moving toward the side of the SUV, you get a better glimpse of the nod to the older generation as the silhouette of the box frame really stands out. In true Land Rover fashion, the Defender is going to feature a high-quality vent along the fender near the front door. With black door sills, the Defender almost takes on a two-tone paint job due to the large windows that cascade down the full length of the vehicle.

The rear of the Defender is going to showcase a few standout features that are sure to impress. One of the first things you are going to notice is the full-size spare with the same wheel as your Defender is on. This allows for a quick swap if you ever have a flat. The next great feature is the halo-style tail lights. These tail lights give a futuristic look to the defender and really stand out against darker paint schemes. Lastly, the quad-tip exhaust gives the Defender a sporty look, not commonly seen on SUVs.

Lastly, the wheels are another unique piece that adds to the upscale look of the Defender. The five-spoke wheels give this SUV the look of performance and ruggedness while bringing the whole look of the car together. One of my favorite cues is the Defender logo embossed into the spokes. The wheels complement perfectly against the big brake kit found on the loaded-out Defenders. Factory option painted calipers will certainly set your Defender apart from other vehicles on the road.

Following the same styling as many modern vehicles, the interior of the Defender is not as over the top as you may expect from such a luxurious vehicle. It seems that Land Rover really banked on the less is more mentality and packed all of its features in an easy-to-use 10.0” screen. This screen uses the latest technology and smart learning to actively learn your routes and driving habits along with many other features. 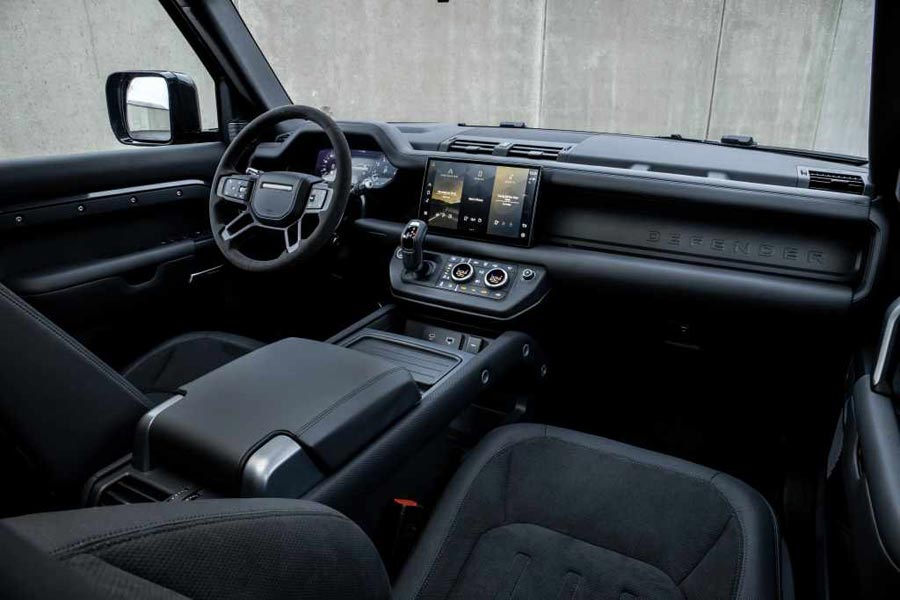 The icing on the cake is the seats found in the Defender. A luxurious vehicle is not complete without a set of seats that make you feel like a king or queen. Land Rover spared no expense in designing the perfect seat for this SUV. The bucket-style seats allow you to feel hugged into your seat while giving you performance-like attributes such as extra bolstering where it matters the most. Depending on the trim level you choose, front and rear seats can be heated as an option.

As the smallest engine, you can get in the 2022 Defender, the 2.0L 4 cylinder motor is going to offer great gas mileage and mild power for those who want to simply commute their Defender. When we say mild, we aren’t talking about your average 4 cylinder power, we mean mild in comparison to the V6 and V8 offerings. This little 4 banger packs a punch with a turbocharged engine, cranking out an impressive 296 horsepower. With this engine combination, you can expect to see about 18 MPG city and 21MPG highway.

For those who are wanting a little more pep in their step without the V8 engine, the 3.0L V6 engine is a great compromise. Featuring an inline 6 cylinder engine and an electrically driven supercharger, this Defender is going to whip out 395 horsepower and 406 pound-feet of torque. This is going to be perfect for dominating the off-road and keeping you responsive in traffic on the highway. With a reported 17 MPG city and 22 MPG highway, the V6 is pretty efficient giving the extra horsepower when compared to the fuel mileage of the 4 cylinder. 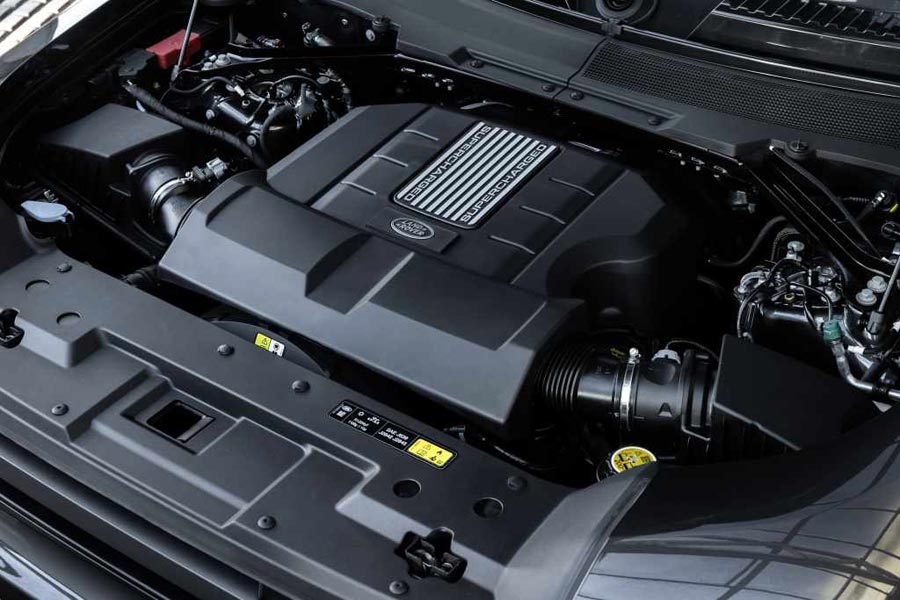 Lastly, for those who like to take life by the horns, the Defender V8 package is going to give you everything you could ever wish for from a performance SUV. This supercharged V8 is going to pump out an astonishing 518 horsepower, reaching 0-60mpg in as little as 4.9 seconds. In a fully loaded SUV, this puts it competing with many sports cars in the same price bracket. Fuel mileage looks surprisingly well for a V8 SUV, coming in at a reported 15 MPG city and 19 MPG highway. The V8 Defender is going to be an amazing machine to drive and should be considered if you are wanting the best of the best.

Now to get to the part we all want to know about - how much is the Land Rover Defender going to cost? Being an SUV built with technology and comfort in mind, it is safe to say that the Defender will be around the $50,000 mark as a base price. Let’s take a look at a few of the most popular options to see exactly what you can expect to pay for a 2022 Defender.

We played around with Land Rover’s Defender building tool and came up with the following prices:

While these prices have a pretty big spread ranging over $50,000, you have to take into account the base features and driveline components. For the base Defender on the 90 and 110, you can expect the 2.0 4 cylinder and base features. When it comes to the higher-end Defenders, you will get the powerful supercharged V8 engine and fully loaded features. For those who are wanting the best of the best, the V8 Carpathian Edition is going to be the most fully loaded Defender in the Land Rover lineup.

At the time of this writing, the 2022 Land Rover Defenders are rolling off the assembly line and arriving at dealerships across the nation. As with any vehicle with this many trim levels, the more basic Defenders are going to be more commonly available as they are more affordable. For those who are wanting the top of the line models or simply want to build their own Defender, you may be looking at extended delivery times as yours is custom-built.