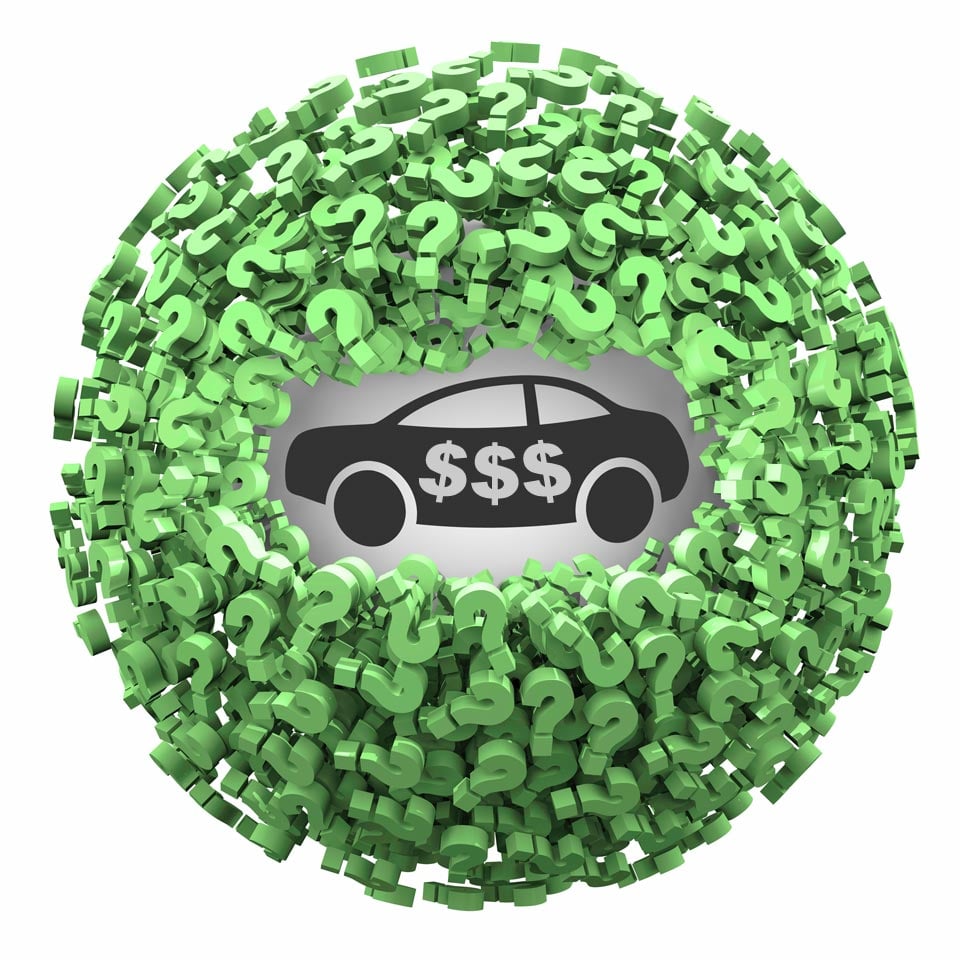 Depreciation... it's what makes cars and trucks a bad investment.  If we could sell our cars back for what we paid for them, we'd collect them like beer steins and baseball cards.  Depreciation, or value loss, happens with the passage of time for 99.9% of the cars and trucks out there, and its occurrence is as inevitable as rain after the car wash, or rust on an Oldsmobile.

A vehicle purchase likely represents one of the biggest investments that we will make in our lifetimes, apart from a new house or a college degree.  But, unlike a home or college education, a vehicle likely won't provide you a good return on your investment during your ownership period, and this will lead to a poor financial outcome.  However, savvy and informed car shoppers know how to minimize this depreciation, so the financial hit isn't nearly as painful.  Here is how they do it...

The Numbers are Startling Bad

First, let's just do some very quick, but unsettling, math.  Our studies show that the average new car depreciates in value by a whopping 23% in just its first year of use.  In year two, the average vehicle declines another 9%, and in year three, 8% more.  So, on average, the new car that you purchased three years ago is now worth 40% less than what you paid for it.

Now let's think about this... if a decline of 40% is the average, that suggests that roughly half of the vehicles depreciate less, while the other half depreciate more-and it's not unheard of for a vehicle's value to decline more than 50% within its first 36 months (regrets to Range Rover owners).  If we were to put this into perspective, think about buying a house for $500,000 today, and in three years, its market value drops to $300,000.  Or, similarly, you bought shares of your favorite company at $40 per share, and three years later, they are trading at $24, down 40%.  Both the house and stock outcomes are completely unacceptable, but we as consumers, tolerate a 40% loss in our car.  Why is that???

Importantly, the math described above is for the average new car purchase, and, as mentioned, some cars do better than others.  But, even our best-ranking value model, the Toyota Tacoma, still loses 23% of its value in the first three years.  This is certainly better than losing 40%, but it still represents a loss of almost a 1/4 of its value-and this is the best result out of 200 vehicle models.  (As to not embarrass the manufacturer of the worst depreciating vehicle, we won't publish this result-at least not in this article.)  So, on the best of days, you are virtually guaranteed of losing 1/4 of your vehicle value in three years, and that's a bummer.

It Doesn't Have to be this Way

As mentioned, all of the figures and calculations above are based upon buying a new vehicle, so don't despair; there is hope.  As with buying anything new, whether it be a new laptop or a new TV, the moment you leave the store, it loses most of its value-and it's no different for cars.  The key, provided that you don't feel absolutely compelled to do so, is simply to not buy a brand new car, period.  You've chosen to read this article, so presumably not losing a lot money is moderately important to you, and you have an open mind, so let's explore further...

With Depreciation, Timing is Everything

The fundamental way to avoid losing a lot of value in your vehicle, is to avoid buying it in the years when its depreciation (value loss) will be the highest.  With virtually all vehicle makes and models, the highest rates of depreciation will be in the vehicles' first few years of ownership.  Following that, depreciation rates begin to slow, and the decline in the vehicle's value will ease considerably.  So, depreciation in years 4-6 will be significantly less than what it was in years 1-3, and as a result, your cost of ownership during this period drops considerably.  (Because not all vehicles depreciate at the same rate, we have analyzed the depreciation rates of nearly 200 vehicle models, to determine the best model year value for each vehicle.  With such, we consider the price of the vehicle in relationship to its remaining useful life, determining which model year affords the best value, instead of simply looking for the lowest price.)

Let Someone Else Take the Loss

Instead of purchasing that brand new model, consider a vehicle that is slightly used, in the range of 3 - 5 years old.  These vehicles, that generally have a modest amount of wear, and still a lot of miles left in them, will usually provide the best bang for the buck in terms of having a much more attractive purchase price, but still look and behave very similar to a new model.  In short, by buying in years 3 - 5, you let the prior owner take the financial blow with the 40% loss, and you buy at a considerable discount.  Now, you're not going to get a brand new car, but if you want to save 40% or more, you have to make a little sacrifice.  Importantly, however, with today's extended factory warranties and Certified Pre-owned (CPO) programs, used vehicle purchasers are assured that they have nearly the same protections as that afforded to new car buyers, and that is a big change from years past.

The Math is Compelling

The example above is based upon industry averages, but the astute car shopper will recognize that there is the ability to do better than average.  For example, the GMC Sierra 1500, Chevy Corvette, and Toyota RAV4 are some of the best in retaining their value between years 4 and 6, and give you the opportunity to drive a great ride without breaking the bank in the process.  (We provide you the opportunity to view and compare the depreciation rates of 200 vehicle models over 12 years, allowing you to see what cars perform the best, and in what years.  Visit our residual value rankings page to see a list of the best value-retaining models, or our depreciation comparison tool to create your own depreciation comparison.)

As with Everything, there are Trade-offs

Now, there are certainly benefits of owning a brand new car, but the differences these days of owning one that is straight from the factory, versus one that is 3-years old, and still under warranty, is much less than what it once was.  This is especially the case with CPO vehicles, as when buying one, the manufacturer is essentially certifying that the car is in near-new condition, and is problem-free.  Also consider, that cars these days last much longer than they once did, and today's vehicle that is 3-year old with 30,000 miles is just warming up.  As we discuss in our article, (insert Average Age article), the average age of vehicles on the road is 12 years, and it's not uncommon for vehicles to last for 200,000 miles, or more.  So, with buying a 3-year old car, you can pay 60% of the price, and still have 85% of its useful life left-that's a pretty good trade-off.  In our opinion, these are some of the best values on the market for those who want "new", but don't want to pay for "new".

For those that have the financial flexibility to purchase a new vehicle, doing so can be an exciting time, as who doesn't relish the idea of getting a new car.  However, unless you just love the new-car smell, have to see the odometer at 00000.4, and want to pull the safety stickers off of the glove compartment, you do have some options that may allow you to either lower your vehicle costs significantly, or drive a much nicer car for the same price.  Be smart about your car shopping, and be sure to leverage our site so that you can get a better deal the next time you're in the market for new wheels.