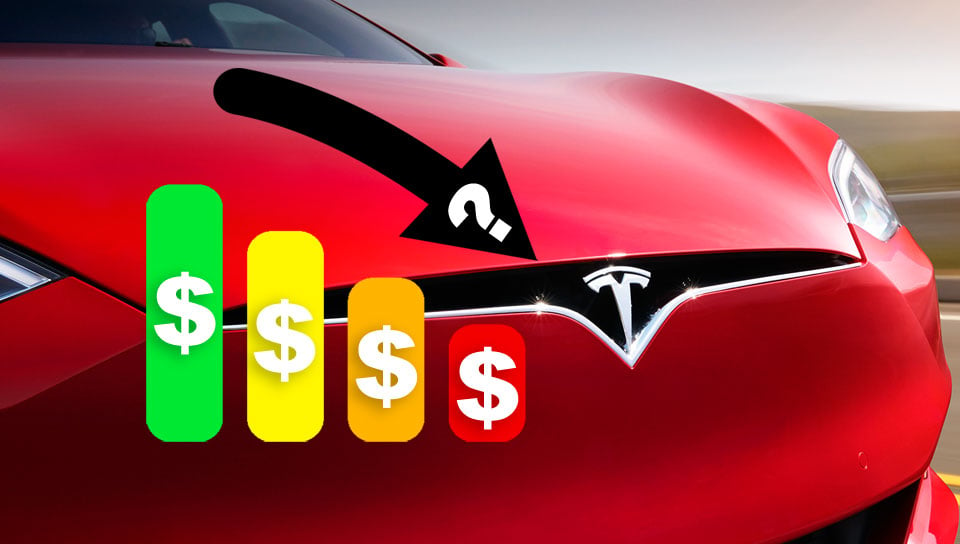 We Rank them from Best to Worst.

When consumers buy hybrid or electric cars, they typically do so with a greater purpose.  Either they wish to help the planet by limiting the burning of fossil fuels and reducing emissions, or they are early adopters of new technologies and want to try that which is new and shiny, or they simply want to save money by limiting their trips to the gas pump.  These consumers tend to be more affluent, more highly educated, and lean towards being “green” or progressive - most also drive their cars like wearing a badge of honor, suggesting “I am doing my part to save the planet”.

Are they Worth it?

What virtually everyone wants to know, however, is whether or not they receive a good return on their hybrid/electric investment, and if the higher purchase price is justified by lower fuel costs over their ownership period.  This question has been asked by, and answered by, millions, and we will not attempt to do so yet again.  Instead, we will focus on what the car is worth when you sell it - what do you get for a trade-in allowance.  Is it worth saving $500 per year on fuel, if your car loses half of its value in three years?  Or, do hybrid/electric drivers save on fuel, and also get more for their vehicles when they’re traded in or sold privately?

The Method and Key Takeaway

CarEdge.com has calculated the annual depreciation of 193 car models through at least five years of ownership, and can tell you with little question, which cars have historically been relatively good investments, and which ones have been underperformers.  For this article, we will focus on 2015 model-year hybrids and electrics - comparing what they sold for new, versus what they’re worth today.  Of the 193 models tracked by caredge.com, we looked at 12 of the more popular hybrids and electrics, to see how they fared with respect to holding their value, relative to their fossil fuel cousins.  The bottom line is that results are all over the map, and hybrids/electrics ranked as high as 12th within all (193 models) of the 2015 models tracked, but also as low as 191st, with the remaining ten scattered all throughout the rankings.

Let’s Start with the Worst

Let’s start with the bad news (for hybrid/electric owners) first, and tell you about the worst performing hybrid/electrics out there for maintaining their value.  The Ford Fusion Energi (ranked 191st), which originally sold on average for $36,000, is now worth 1/3 that amount, or a little over $12,000.  Over the five-year period, this vehicle’s value has fallen by almost $5,000 per year, significantly exceeding any monies that would have been saved by purchasing less gas, even when compared to the depreciation of other fossil fuel-burning cars.  Even if the Energi ran on water, and fuel cost you nothing, you’d still come out on the losing end of this purchase.  When it comes to resale, unlike the Energizer Bunny, the Energi has lost its mojo.  Coming in at a close second (2nd worst) for value retention of hybrids/electrics, is the Nissan Leaf electric.  The Leaf originally sold on average for $30,000, and is now worth less than $11,000, a 65% decrease in value over 5 years - clearly the Leaf has fallen far from the value tree, and foliage has turned into spoilage.  Clearly, for these two, unless you’re driving 50,000 miles per year, there’s no way that fuel savings are turning this investment into a good one.  You may have been an early-mover buying a Leaf or Energi, but it turned out to be a big mistake - at least financially.  Rounding out the remaining sub-par performers, are the Ford Fusion Hybrid (131st), Toyota Avalon Hybrid (110th), and Lexus RX450h (89th).  None have done a very good job with respect to holding their value, but perhaps if you put on enough miles, the fuel savings may offset the big bucks you lost through depreciation.

Onto the Better Performers

On the other end of the extreme, are some hybrids/electrics that have proven to be relatively good purchases, irrespective of whether they save the planet, or fuel costs.  At the top of the hybrid/electric list, placing 12th of all 193 models, is the Toyota Highlander Hybrid.  This mainstay SUV from Toyota originally sold for roughly $47,000, and is still worth almost $29,000 today, holding over 60% of its value since new.  The Highlander Hybrid ranks well - both for hybrids, but also for all vehicle models.  Given the attractive value retention, and your ability to pass by gas stations without hesitation, the Highlander is one solid investment.  Of special note, the gas-powered Highlander ranks four notches lower on value retention, so it would appear that the hybrid saved you fuel costs, and is worth a touch more, even five years after purchase.

Running a distant second/third to the Highlander, are the Honda Fit (29th) and Toyota Camry Hybrid (30th), who both retain close to 55% of their value, versus an average of 47% of all 193 models tracked through 5 years.  In both cases, the Fit and the Camry Hybrid offer exceptional value retention, and you’re able to feel good about saving on fuel costs, and saving the planet.

No article about hybrids or electric cars would be complete without a commentary on Tesla.  With such, we will tell you that the Tesla Model S - the only Tesla qualifying for 5-year results - ranks 75th overall, and 6th of the 12 hybrid/electrics that we researched.  The Model S, which cost roughly $92,000 when purchased in 2015, is today worth exactly half, at $46,000.  Again, this 50% year-5 value retention still beats our overall average of 47%, but not by much.  Losing $46,000 of value is never fun, regardless of what you drive (unless you drive a Ferrari, and then it’s a bargain), but that was the cost of being an early-adopter five years ago.  Our take is that Tesla deserves credit for producing a fully-electric car, and still having it be worth something meaningful with its technology 5 years old, and after you’ve put some significant miles on it.

Our bottom line on whether hybrids and electric cars provide good resale value, is an earth-shattering, “it depends”.  Some models, such as the Highlander, Fit and Camry Hybrid have done extremely well in limiting depreciation, and have saved you fuel costs through the years.  On the other hand, The Nissan Leaf and Ford Fusion Energi have few rivals when it comes to losing a majority of their value so quickly.  Tesla, given their quest to lower the price of their new models, is likely to fare well in the coming years with their latest models, even if gas falls to $.99 per gallon.  They seem to have cracked the code, and they are the EV company for others to emulate.  The smart shopper, however, will do their homework, see what has worked in the past, and learn more about what causes some models to perform well in the aftermarket, and why failures occur.  You won’t have a crystal ball, but this internet thing sure is handy.

Research depreciation rates for almost 200 models over their entire lives, by visiting www.caredge.com/ranks to see how your car or truck does versus all the rest.  Good luck, and happy motoring.